Want to remove those rusted out doors but the screws are not coming out?

Rusted doors and decklids can sometimes present some incredible challenges to get the screws out – especially in the more damp countries such as the UK. A simple screwdriver is not going to budge the big screws and will damage the screwhead quicker than you think, so before that happens read about some of the methods we’ve come across all with varying levels of success. In order of least successful.

From trying this on several stuck or destroyed screws a screw extraction tool can work. Drilling the hole off centre and not big enough usually stump this method. 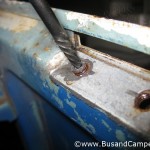 With any luck they come out with an impact screwdriver. The trouble with impact screwdrivers is that the area of the bus that you’re hitting can deform with each hammer blow and the access to some of the screw heads is a little tight to get the large head of the impact driver bit up to. This is a typical impact drive; 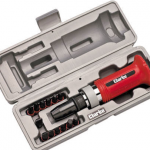 A better method and one which also has its drawbacks is to use the combination of a screwdriver ‘bit’ – size #4 – and to then use a 1/4 inch spanner wrench to turn the screw by hand. This method has some drawbacks – the control of the bit in the screw head is not exact and the screw head can get damaged. This is the sort of thing to try 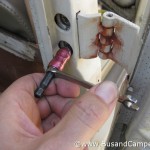 So the next best method? Go buy a large #4 screwdriver and make sure it has some flats on the shank so you can hold a spanner wrench to the flats for better torque. The #4 fits the screwhead perfectly, use your body weight to lean into the screw head to keep it pressed into the crosshead and then slowly apply torque with the spanner till it snaps free. This method is not without its drawbacks too – use a cheap screwdriver and the head will likely shatter . This is a £15 screwdriver – highest quality HAZET tool but works very well on numerous occasions and some very rusted parted out buses; 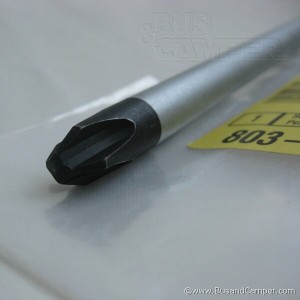 Then finally when the screwdrivers are no longer working and the screw head is all but destroyed you need a welder. This is the final straw – using this method means you must get that screw out, go fire up the welder and attach a short M10 bolt to the screw head – back out with a spanner. The shock of welding will also probably crack the rust too making it seem easier. Go buy stainless screws as replacements and use one of the screwdriver method to tighten them up again afterwards. 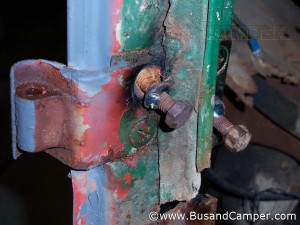 To give you this; 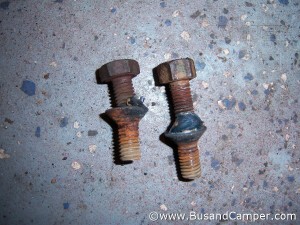